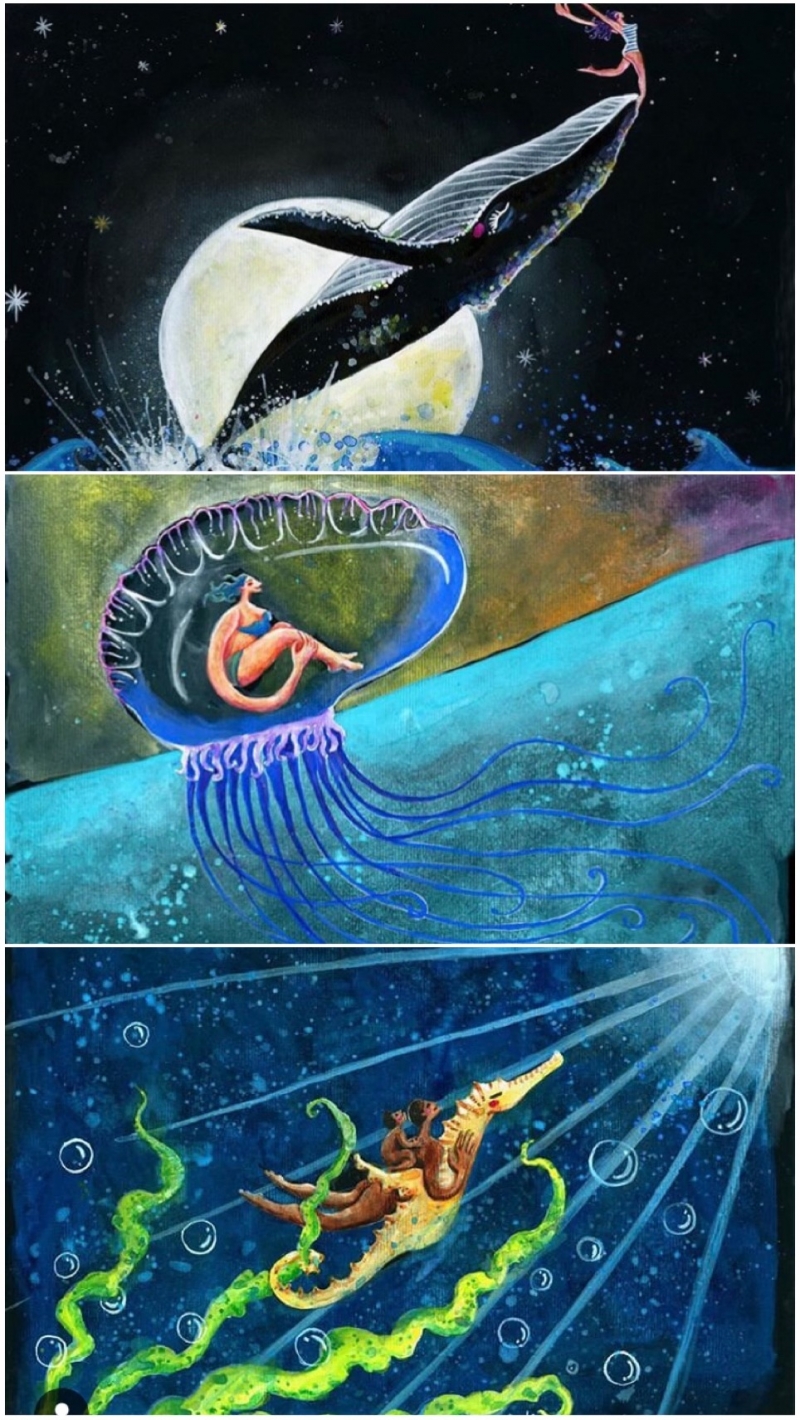 In this past month, I have been solo-travelling in Southern Europe (Italy, France, Spain, and Portugal). I have met so many wonderful, kind, and interesting people on this trip so far, and I'd like to introduce you guys to one of them. Her name is Luda Lima, a visual artist from Brazil. She was my bunkmate in the hostel I was staying at in Porto, Portugal. One morning, we were talking about what our plans were for the day, and found out that we were both artists! (I'm a hobby artist, but she's a professional artist hehe) One of the projects I have been planning for Ocean Bridge was to organize an Ocean-themed art contest to invite people to think about oceans and connect with oceans in a different yet meaningful way. I told her about this idea and she told me that she was part of a similar project in Brazil. She collaborated with three other artists in an ocean art project. Each artist contributed three art pieces that were ocean-related. The subjects she chose were a jellyfish, a whale, and a seahorse. She told me that there is a lot of jellyfish on the northern coast of Brazil. As for whales, around 7,000 of them migrate from Norway to Brazil to give birth in warmer water!! And for the seahorse, she wanted to represent a mother and a child. Also, did you guys know that it is the male seahorses that get pregnant?! All in all, it was such a great pleasure to meet her and get to know her, and her love for nature really inspired me. It also gave me the idea to potentially put together people's art submissions into a book or even a calendar! What do you guys think? :) I have attached a collage of her three artworks but if you are interested in seeing more, check out her instagram and facebook @ludalima !

This is all amazing! I am happy that you had this experience! Thank you for sharing it with us :)