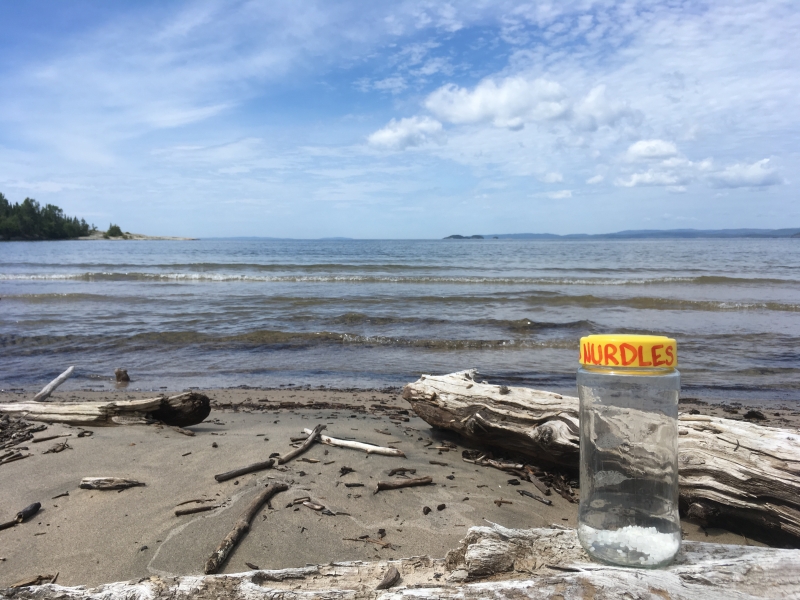 This is my nurdle jar! Nurdles are small plastic pellets that get shipped around to be melted into other, bigger plastic objects. Several years ago there was a train derailment on the North Shore of Lake Superior which spilled countless numbers of nurdles into the water. They weren't properly cleaned up and can now be found on beaches and shorelines all around the lake. So I go around and try to collect nurdles where I can. In June when I moved to Neys Provincial Park for a summer job, I told my coworkers about nurdles and most of them had never heard about them. Later on, I saw some of them coming back from the beach with a handful of nurdles! This jar represents to me the best way to tackle such a big issue like plastic pollution in Lake Superior: Education. The nurdle problem is so big that everyone needs to pitch in to try and solve it. But to do that, they have to know there's an issue in the first place!