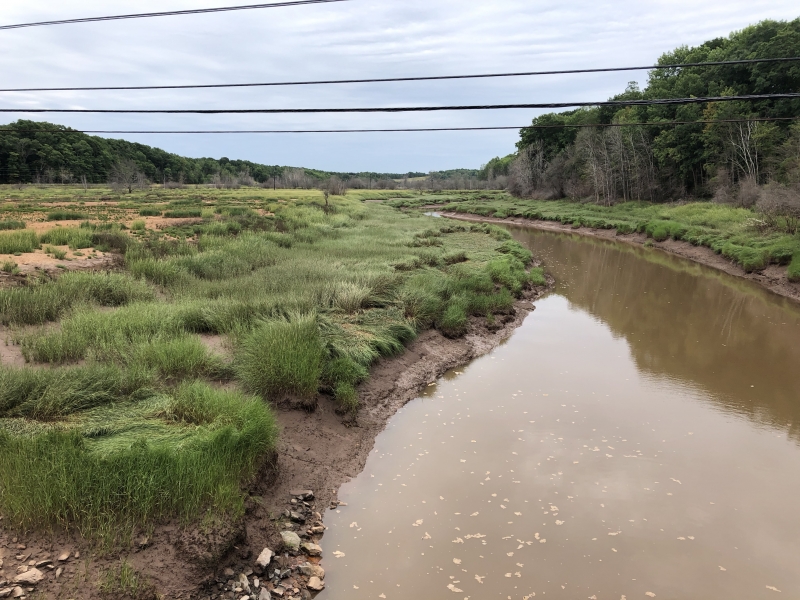 This is the Halfway river - now temporarily blocked off while the Province repairs a two month old culvert installation. Fish passage will be blocked for 6-8 weeks but plans are in motion to keep the river blocked to prevent all tidal water from entering the river from the powerful Bay of Fundy. Such a move will completely destroy this beautiful salt marsh that is in the process of restoring itself after a previous aboiteau washed out a few years ago, re-establishing tidal flow to the area. I've been volunteering on the river monitoring project ongoing in the region since the spring and have been learning so much about the "politics of deception" happening in the area. I've also spent some time attending Council meetings and fighting the horribly uneducated decisions being made by the Municipality and Province.