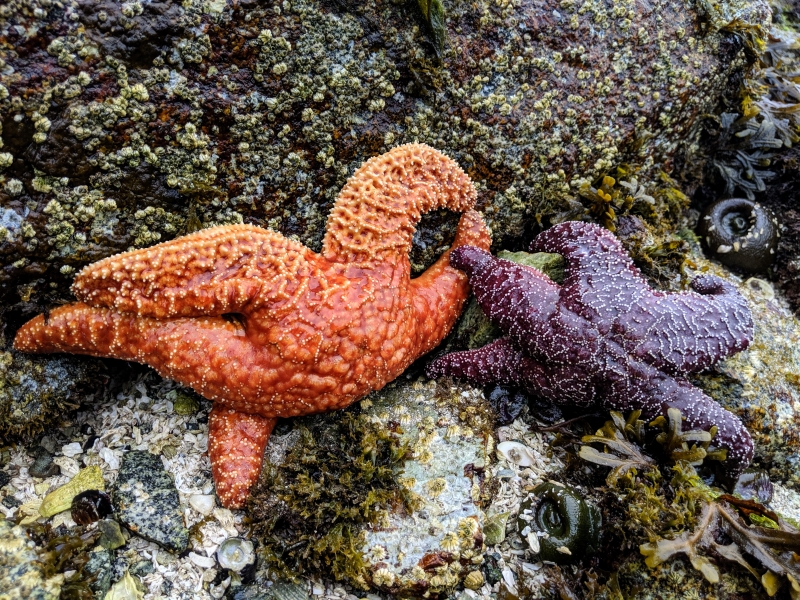 Its hard finding ways to responsibly get outside in Toronto, so this morning I settled with listening to future ecologies' first episode in their kelp worlds podcast series. I've used the term "keystone species" in my study of salmon quite a bit- was interesting to learn that (pisaster) starfish were the first to be declared such. Their diet of mussels and barnacles was found to have a vital regulating function during when Dr. Paine coined the term during a study in the 1960s. (photo taken during a kayaking trip in broken group islands)