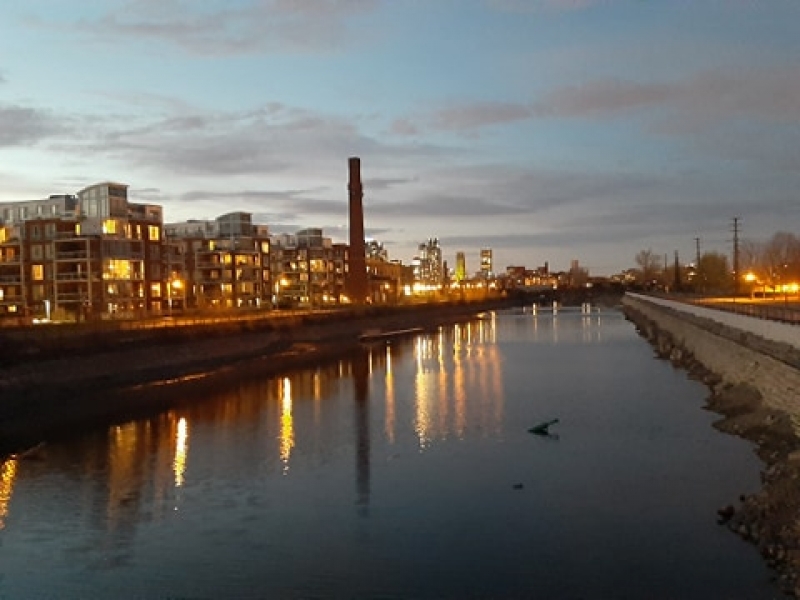 This time of year the canal in Montréal's South West boroughs is usually filled with water. Due to construction, restoration, and an expected slow tourist season from Covid, the water levels are remaining quite low, most likely until June. These low levels of water reveal what lives at the bottom of the canal: garbage. These city waters have been used for over a century to transport raw resources in and out of the city and into the St.Lawrence river. Decades of dumping and aquatic vessel passages have created caked layers of toxicant buildup, which are found at the bottom of the canal. Due to the low levels of water, there is currently a large algae bloom in some sections of the canal. Nonetheless, the Canal Lachine remains a touristic area and popular place to visit in all seasons, and attracts people from everywhere. Next to the canal during warmer seasons, you will find people having picnics and basking in the sun, people running and biking on its adjacent paths, groups of friends jamming or slacklining between the trees, people fishing, or groups of exercisers doing yoga and crossfit. The canal adds a charming and grubby quality to the city, and Montréal simply wouldn't be the same without it! Not the mention, it is a functional historic monument, with a wealth of stories, and has fueled and built Montréal's economy.