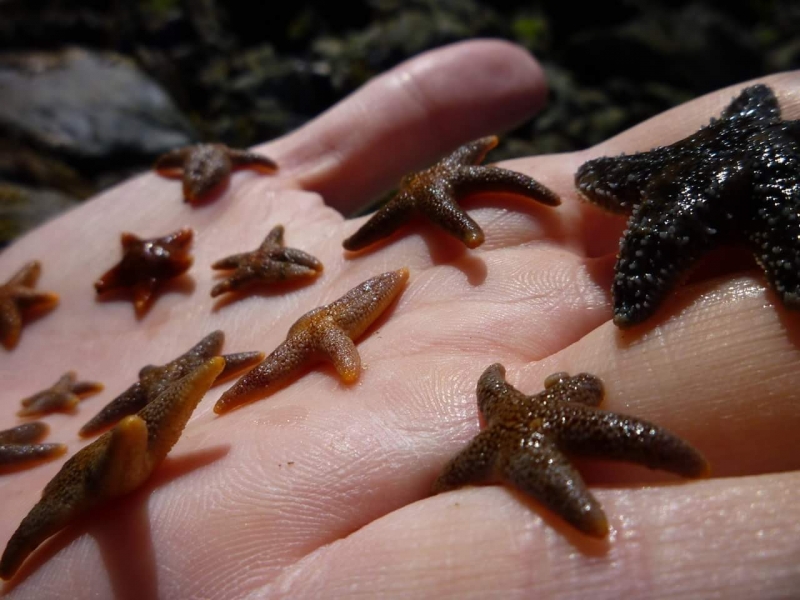 I have been exploring the West Coast intertidal from a young age. The bright purple and orange ochre sea star catches my eye every time and never ceases to amaze me. Sea star wasting disease dominated the waters off the west coast in 2013 causing a massive die off of sea stars from Mexico to Alaska. The dramatic effects of the virus were most likely increased due to global warming of our worlds oceans. The purple ochre star that was everywhere in the intertidal, was far and few in between. Sea star numbers are recovering, but have remained lower than pre-disease levels. This picture was taken in 2016 of wee sea star babies. These resilient babies were fighting the odds after the massive die off from sea star wasting disease. Seeing little sea stars like these ones inspire me to fight for our oceans health.

I have never seen such little starfish before!

They were so cute <3